I’m getting bored of saying I was ill, so I’m going to start inventing excuses for late posts. This week saw the launch of my new cafe which pairs a late-90s/early-00s United Nations theme with a strong focus on caffeinated beverages and Indian breads. It’s called: Coffee and Naan. That has kept me very busy, prompting me to miss my Monday evening deadline. Sorry.

On Sunday, I found myself at a cookery school on the outskirts of Edinburgh learning ‘the Art of Charcoal Grilling.’ It was an interesting course which gave a brief overview of a variety of methods, though it was sponsored by Weber (the BBQ brand), and was pretty heavy on the promotion. It was also – and this will come as something of a surprise – a slightly macho pissing contest. Much of the day revolved around one boorish participant (let’s call him LADZLADZLADZ), humble-bragging about his four (!!) barbecues, and mansplaining everything to everyone, drawing on his extensive knowledge of simultaneously burning and undercooking sausages, and not preparing any of the food himself, because ‘the missus’ does it.

The problem is, once someone like LADZLADZLADZ gets going, nicer, less misogynistic men get sucked into his wake and spat out of his conversational propellor with a sexist slogan scrawled on their forehead in permanent marker. Soon enough, half the men were following LADZLADZLADZ’s example, relegating their long-suffering wives to the status of cantankerous financial controller, proclaiming that ‘the missus would kill me if she knew I’d bought…’ such-and-such. These men remind me of Stewart Lee’s take on Richard ‘he’s not even a real hamster’ Hammond alongside Jeremy Clarkson (in this video from 5:41), and I was quite glad to see the back of them.

That said, I learned a few things from the course – and yet more from Google and YouTube – and I figured I’d pass on some tips on essential kit. So, without further ado, here are my top four ‘don’t tell the missus’ bits of BBQ gear:

A decent BBQ (with a lid)

It goes without saying (though, I’m about to say it) that the most important part of a good day’s barbecuing, is the barbecue itself. Essential things to look for are: thick steel for strength and heat retention, a strong cooking grate, a big cooking area, a raised charcoal grate to allow air to circulate around the coals, a well-fitting lid, and some form of vent system. Work with what you can afford, but know that you get what you pay for, so a smaller reasonably-priced kettle will be better than a big cheap barrel grill with a chimney and an offset smoker. If you get a large kettle, it is possible to cook low and slow, smoke, and all manner of other fun things including pizza! 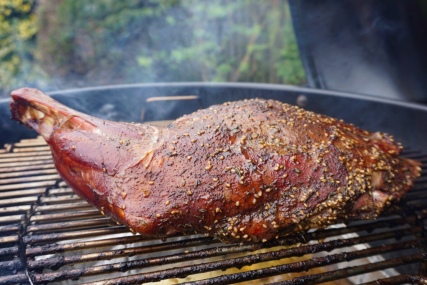 I have a Weber Master Touch, which has a 57cm diameter, top and bottom vents for temp control, a thermometer in the lid, and an ash bucket to easily dispose of the waste. The cooking grate also has two hinged sections which can be lifted mid cook to add more charcoal, which is a nice touch. Weber recommend always grilling with the lid on, to keep moisture in, and to give you better control over the cooking temperature. This is counter intuitive, but it does work. To be honest, though, we fed almost 50 people a few weeks back at my 30th, and I barely had time to put the tongs down, let alone the lid. 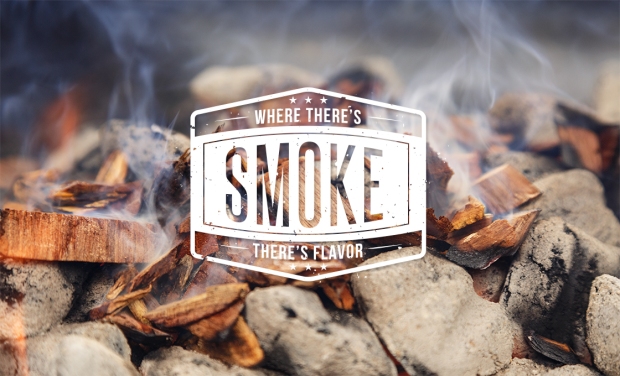 Good BBQ relies on good fuel, and there is a debate raging in the barbecue pits of the world over the merits of lumpwood vs. briquettes. I favour briquettes for longer cooking,  since they hold their heat a lot longer than lumpwood in my experience. The main thing to look out for in a briquette is a natural binding agent. Briquettes are made of tightly compacted charcoal dust, and the stuff that is used to bid them can be pretty nasty. If you’ve ever lit up a bag of supermarket charcoal, you’ll know the smell. Weber’s charcoal is very good, and Aussie Heat Beads get a very good rep. Again, you really get what you pay for.

In terms of wood, you can basically go wild. Wood chips need to be soaked and then they can be placed directly onto the coals or in a metal smoke box to infuse food with a lovely smoky flavour. Chunks don’t need soaking, and last a lot longer. Both can be found in abundance online. I have started adding smoke to everything I grill now, and it gives new depth to a simple BBQ. There’s loads of advice online about what kinds of woods pair well with different meats and veg – and it’s worth thinking about so that everything doesn’t taste like hickory-smoked bacon (unless that’s your jam).

Whilst a BBQ and fuel are clearly essential, a chimney starter is a ‘nice-to-have.’ That said, this has really changed the way I barbecue. The chimney allows you to have a whole BBQ-worth of charcoal evenly lit and ripping hot in 20 minutes. It also means that keeping the grill hot when topping up mid-cook is easy. I bought a Weber chimney, which set me back £25 with a sample of lighters and briquettes, but this one from Aldi is only a fiver!

Finally, this piece of kit has been an absolute revelation to me. The instant read probe thermometer takes all the guess-work out of cooking, and we use it for almost every meal. Avoiding undercooked food is the obvious goal here, but a good thermometer helps to ensure we never overcook food anymore, ‘just to be sure it’s done.’ For a barbecue – the home of blackened-but-raw – a good thermometer is essential for safe and tasty food.

I have a Thermapen 3, which is on the pricey side, but has a great range – meaning you don’t need multiple thermometers for sugar, meat, etc.. – and is truly instant. It’s the professional choice, though there are others out there that will do a good job. Top tip: I got a beige one cheap (£25) on Amazon, because everyone wants one in bright orange or red. Shop around!

With these pieces of kit, you can do just about anything on a barbecue. Hopefully the weather will hold and we will get plenty more grilling weather over the summer months! Let me know if there are any essential pieces of kit you think I’ve missed! I’m always looking for more extravagant purchases to hide from my missus.